Are tacos bad for you?

The humble ever versatile taco often gets a bad rap, while yes some traditional Mexican tacos are not the most healthiest often cooked with lard. However the more well known tacos are pretty healthy, and while I would never recommend a daily diet that revolves around Taco Bell and Chipotle, even those options are not that bad.  So can tacos help you lose weight? Are tacos bad for you or are they good for you. Are tacos fattening? No not really, if you take a look at what a traditional taco consists of, they are pretty good for you nutritionally and for your happiness, they do the trick for me.

A taco tends to be gluten free as corn is used for the tortilla not flour. The corn is especially important to those with celiac disease or in most cases, those with sensitive digestive systems. The tortilla also has significantly less carbs than bread. Traditional meats consists of pork, chicken or steak, all relatively high protein items. Traditional taco toppings also consist of relatively clean ingredients like cilantro and onions, a sauce however could contain sugar, but most hot sauces are vinegar based and most have a low sugar count or none at all.

So are tacos good for you then?

You’ll be surprised to find that even a crunchy taco from Taco bell is only 170 calories and 3 traditional steak Mexican tacos on average, are around 296 calories for all three, that’s 25-29 grams of protein as well. So a heavy protein and decent carbohydrate ratio? Prepare for taco gains? Tacos have historically also been a very “natural” meal, when you consider its corn based tortilla has links to the natural diet of the Olmec people a group that resided in modern day Mexico from 2,500 – 400 BCE. So the taco when made correctly is a clean and natural meal that fits nutritional requirements.

Can you eat tacos on a diet?

In my opinion it is not a bad idea to throw some tacos into your diet or try making them at home, they are easy to make and there’s plenty of room to add your own twist. We have plenty of recipes that are easy to make right here on our site. I would just to stick to the basics a corn tortilla (heat them up on the stove, it really changes the texture and flavor), high protein, low fat meats, ground turkey breast or chicken, fish (not breaded), cut up steak, and if you’re a vegetarian try sautéing up some cactus tacos, I pick up my cactus at Acapulco Plaza in Bayonne or any Mexican bodega or deli.

I stay focused on Paleo ingredients, if I can (yes corn isn’t Paleo) so sticking to the idea that if you can eat it in its rawest form, it’s going to be better for you. Beans, rice and peanuts are not considered Paleo. With this idea in mind you can make a lower carb higher protein and gluten free taco.

A great source for my personal health and cooking that I’ve used to keep weight off after losing 50lbs, is the book Practical Paleo by Diane Sanfilippo. Diane explains what the Paleo diet encompasses, its overall health benefits and some very tasty recipes. 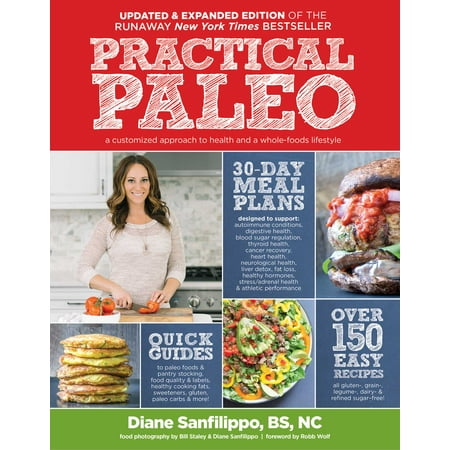 Anyway back to tacos, stick to clean toppings, I tend to avoid the dairy (not paleo but I sneak it in), if you’re big on cheese go for the queso fresco, it’s a traditional Mexican cheese that’s slightly lower in fat and sodium. You can also forgo the cheese and use avocado instead for something creamy. Again avoid heavy dressings that can hide high amounts of sugar and fat. I would avoid beans as it carries a high amount of carbohydrates and for me it personally upsets my digestive health, rice is high in carbohydrates so go easy if you’re including it in your recipe. While dieting, it’s important to eat according to your needs and physical activity, less is not always more.

If you really want to go for full flavor check out Taqueria Tacos: A Taco Cookbook to Bring the Flavors of Mexico Home written by Leslie Limon. A traditional style taco has pretty good balance of fats, carbs and protein. Stay light on toppings with clean proteins, sans heavy sauce, go for cilantro, onions and spice is all you need.

Please remember that these are my opinions while many of the tactics I have described have worked for me, they are not for everyone. I Should also not that I watch watch what I eat and exercise often. It’s important to have balance in your life and to me that means tacos on other days besides Tuesdays. I don’t have or claim to have a dietitian’s or a medical background. It is important to seek the advice of a licensed professional concerning diet and exercise.

Find tacos – by town or style

Made some updates on my Nopales Cactus & Cuban Black Bean taco recipe, on the site now. This is a really great vegetarian option that impresses non vegetarians like me.
My top taco recipe of 2020, carne asada, marinate some skirt steak with spices, a @modelousa Negra and you're good. Recipe is on the site!
Theres a whole lot going on in the world, tacos make things better. Try this carne asada taco recipe we made for the Day of the Dead. Recipe is on the site now!
Perfect egg breakfast tacos made with Trader Joe's hashbrowns, quick and easy recipe for any hour of the day on the site now.
Barbacoa Taco recipe, easy cooking in the crockpot. Check it out on the site.
On the site now.. Learn how to make ice cream Choco Tacos at home with our recipe! No waffle iron needed!